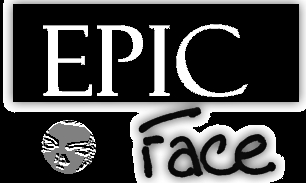 This is the home of Epic Face.

WHERE THE HELL IS EVERYONE!!!??? IT'S LIKE A FREAKING GRAVEYARD IN HERE!!! THE ADMINS ARE GONE(One is gone due to computer issues, the other...I don't really know where the hell he is). SO WHAT??? IS EPIC FACE DEAD??? CAUSE AT THE MOMENT ONLY TWO OF THE FIRST EIGHT MEMBERS STILL COME ON REGULARLY, AND ONE OF THOSE MEMBERS IS ME!!!(I know for at least one of you that's not your fault as mentioned earlier computer issues, but still that's only 3 members). AND AT THIS MOMENT I CAN ONLY NAME FIVE MEMBERS THAT COME ON REGULARLY(Including Skype). ALSO THE LAST THREE VIDEOS ON THE CHANNEL ARE ALL LINKS TO FINAL SMASHES EPISODES(I dunno the exact number, it may actually be only last two, but still).

Sorry, I don't mean to yell, but it's sort of like WTF??? The only section that has seen any life in the past couple months is the RPG section. If Epic Face is done, I'd like to know now. I'm not going to leave skype or anything, but I'd like to know if I should be contributing Machinima to Epic Face, or to my own Channel. So what's the Answer? Still Epic Face? Or should we just go our separate ways and help each other out as collabs, etc. 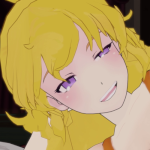 I'm here daily. I just don't have anyhing to do on the project, other than provide feedback.

You are one of the Five.
The others are Near, Tenshi, Raf, and SY. (I wasn't including myself in the five. So if you want to be technical 6).